Solomon Johnson is a Detroit-born and raised artist. As a child, his mother wrote and illustrated several children’s stories while encouraging his artistic exploration. Years later, his professional career began as a product designer creating auto interiors for General Motors at Henry Dreyfuss & Associates and Lear Corporation. In 2015, his youngest daughter inspired him to write a children’s story. Ultimately, this led him to author a four-part series. Currently, Johnson’s time and energy are devoted to illustrating his first children’s book, Daddy, Where Do the Animals on the Train Go? 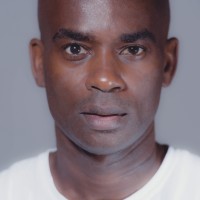