Stephen Nawara has performed and composed music in the city of Detroit since the age of 13. He has toured the world and achieved critical success with The Detroit Cobras and Electric Six. In 2003, Electric Six received a gold record in England for the album Fire. In 2006, Nawara began to focus on his own compositions and launched The Beehive Recording Company, an online, independent music label that records and distributes work created by Detroit-based artists. In less than three years, Beehive has recorded 68 musical acts representing diverse musical genres and has had its music downloaded more than 400,000 times. 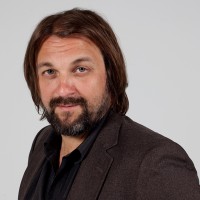