Tony D’Annuzio’s love of film and music got him into the broadcast television industry more than 25 years ago. Born and raised in Detroit, D’Annunzio’s work has aired on virtually every network worldwide. He recently challenged himself to direct and produce his first documentary, Louder than Love: The Grande Ballroom Story. His passion for filmmaking, storytelling, music and Detroit coalesced on the screen for this award-winning documentary film, which has screened globally to sold-out audiences and is archived at the Rock and Roll Hall of Fame and Museum in Cleveland. The film also screened at the Traverse City Film Festival founded by Michael Moore. D’Annunzio has taught film classes at the Traverse City Film Festival, as well as courses at the University of Richmond in Virginia. Tony is often heard to say that he’s living the dream! 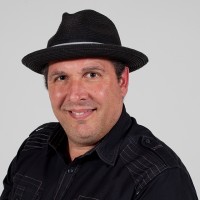