Vince Carducci has written about the arts and culture for more than 25 years, with a special interest in Detroit and its environs. His articles have appeared in many periodicals, including Art & Australia, Artforum, Art in America, Eye, Metro Times, PopMatters and Sculpture, as well as scholarly publications, such as Canadian Journal of Sociology, Journal of Consumer Culture, Logos and Radical Society. He is adjunct faculty in liberal arts at College for Creative Studies, Detroit, and lecturer in sociology at Oakland University, Rochester, MI. He has also taught at Wayne State University, Detroit, and in 2007-08, he coordinated the Critical Studies/Humanities Program at Cranbrook Academy of Art, Bloomfield Hills, MI. 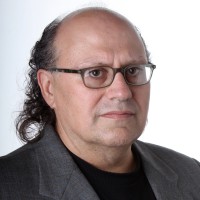