Xiao Dong Wei began studying the Erhu at the age of five and graduated from the prestigious Central Conservatory of Music in Beijing after 10 years of intensive study. Xiao Dong went on to perform with the Chinese Motion Picture Orchestra for four years. After moving to Detroit in 2005, she began playing various gigs with many diverse musicians and musical styles. Xiao Dong continued to expand her classical career, with such notable appearances as guest soloist with the Detroit Symphony Orchestra. She teamed up with pianist Yuki Mack and they continue to expand their repertoire and dazzle audiences. 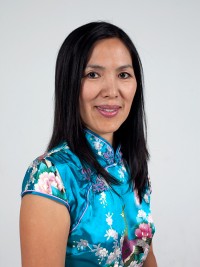