Kresge Arts in Detroit is honored to celebrate musician Wendell Harrison as the 2018 Kresge Eminent Artist. Harrison is known for his high-energy and expressive playing across a range of idioms, as well as his commitment to Detroit’s music community, and his influence on the development and documentation of jazz.

Born in Detroit in 1942, Harrison spent substantial time in NY in the 60s, before returning to his hometown in 1970. Over the course of a career of prolific accomplishments, he has worked with a wide range of notable musicians, among them Grant Green, Lou Rawls, Sun Ra, Eddie Harris, James Carter, and Carl Craig.

“Rather than wait for somebody else to do things for me, I did them myself,” says Harrison. Although Tribe formally disbanded in 1977, its legacy and influence remain strong. “Wendell is like the Energizer Bunny,” says Gayelynn McKinney, Detroit drummer, 2014 Kresge Artist Fellow, and Kresge Arts in Detroit Advisory Council member. “What he didn’t realize in the ‘70’s is that what he was doing with Tribe would extend the impact of Detroit to the rest of the world.”

Harrison has made more than 20 recordings as a bandleader and appears on dozens more. In 1993, he was named a Jazz Master by Arts Midwest, and in the mid-90s he toured internationally with the Michigan Jazz Masters.

At age 5, with an abundance of energy that sometimes landed him in trouble, Harrison’s mother got him started with piano lessons. His exceptional energy continues today. “He never slows down,” says Gayelynn McKinney. “He is always striving to learn more.”

Harrison continues as a leader on his own label, Wenha Records, and has taught in Detroit high schools for the past 10 years. He is in the process of co-authoring “The Fundamentals of Marketing and Promotion for the 21st Century Musician,” which is due for publication later this year.

Harrison is the 10th artist to receive the Kresge Eminent Artist Award, joining a group of individuals who each exhibit a lifetime of exceptional creative work and professional achievement, unmistakable impact on their art form, generously sharing their talent and expertise, and critical contributions to the vibrancy of Detroit’s cultural environment. 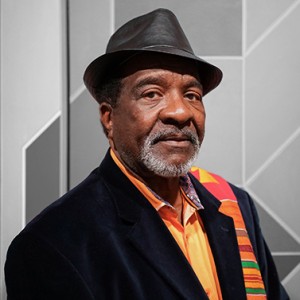